Skip to content
Home » Posts » It’s time to speak up against the New Racists, part 2: what’s the alternative to punching up?

In a previous article, I argued against the idea that punching up is a productive strategy to deal with inequality. In short, this approach uses the tools of the bigot and the bully (name-calling and slurs) against a group perceived to have privilege. I pointed out that this approach works to silence people precisely because so few people actually hold genuinely bigotted views. I also pointed out that repeatedly attacking and insulting people can turn them away, sowing the seeds of a backlash. That backlash will hurt the minorities that activists are trying to help. As things get dangerous, some of those champions will have the option of sidestepping the backlash they have helped create. For us minorities, we will have no such recourse.

This approach is taking us in a dangerous direction. There is an urgent need to move away from the emerging culture of fear, cancellation and caricature, and towards patient and in-depth discussion and debate using reason, evidence, logic. We need to move beyond the knee-jerk social media-style outbursts and emotional tirades. But how do we remove the fear of being attacked for having differing views? Well, we need to relearn how to have challenging conversations. But first, we need to defuse the pejorative bomb. Let’s talk about how to do this.

There are two ways to defuse this bomb. One is that a slur is reclaimed as a compliment or a badge of identity as people begin to stand up to bullying behaviour. For something as serious as racism, such an outcome would be disastrous. I fear this outcome and you should too. The other is that we choose to stop deploying the pejorative bomb. That requires us to do three things.

First, we need to stop claiming that racism is systemic or rampant in NZ. As a minority member of society, I can say, hand on heart, that New Zealand is not a country riddled with nasty racist people. Racism is far from absent, but it’s not rampant either. Most New Zealanders are decent people and we’re all getting better at living in a multicultural world. The vast majority of people aspire to see our country continue to improve. How does one respond to claims of structural or systemic or rampant racism when no details are given? Such sweeping generalisations don’t provide a means of finding solutions because they only serve to get peoples’ backs up, particularly if you deny those you accuse any right of reply. So, by all means, point to a specific problem and propose a solution. And be prepared to discuss both the problem and a range of solutions.

These days, many people seem to have a very black and white idea of what constitutes racism. But reality is never as simple as we might wish it to be. Here are a few examples that draw from my own experience.

As a student, I often heard the trope that Asians are good at passing exams because we just memorise facts—Asians cannot think for themselves. That stereotype was common in my student days—so much so that Singaporean diplomat Kishore Mahbubani provocatively titled a series of essays, ‘Can Asians Think?’ This trope has often been rolled out in discussions of high Asian scores for competitive entrance exams, in NZ and abroad. The starting point for an Asian is that we know that some hold an underlying assumption about our ability; despite good grades, we are assumed to lack other (more important) qualities. Perhaps, on the basis of race, we don’t fully deserve to be there. This is to confuse an individual with a stereotype. Each of us painted with that stereotype has to demonstrate, one person at a time, why the stereotype doesn’t hold.

In the weird world of the 2020s this narrative has been replaced: Asians are now being recast by some as ‘white-adjacent’. This means that, because of our perceived success, we not only do not need any help, we are also now part of the power base, so discrimination against us is justified in order to ‘make room’ for those who are genuinely unprivileged.

What’s the issue with this? Well, ‘Asian’ is a very broad term – it covers enormous cultural and ethnic diversity, and in different parts of the world, the term refers to very different ethnic groups. Asians are not all alike. Some have come here as refugees from among the poorest countries in the world, with little education, and limited opportunities. Some are descendents of people who first arrived here in the 1800s. Some are comparatively recent arrivals. Some, like me, are part something else.

Asians are aware of our many differences, and we are sometimes known to have fun with them; I was at the hospital recently and had to work hard to keep a straight face when talking to an excellent and very professional Filipino nurse. Why? Because the playful portrayal by Filipino-American comedian Jo Koy of the Filipino ambition to become a nurse popped into my head! This is surely a stereotype? Yes, it is. So isn’t it racist to laugh and share it? No, not if we take Jo Koy’s lead. By inviting us to laugh with him, he lifts up his community; we learn something and share in a love letter to a community, a humanising in-joke.

By contrast, to uniformly label or treat all Asians as ‘white-adjacent’ is an astonishing use of racial stereotyping. While the term originated in the US, I have heard this viewpoint from people here in NZ who specifically claim to be champions of minority groups. These individuals are frequently from the majority group, cast themselves in their role as champions of the less fortunate, and, in their self-proclaimed benevolence, have taken it upon themselves to decide who needs help, who can be ignored because they have it good enough, and who has too much privilege, all using a flimsy proxy: race.

For someone who has grown up with the, ‘Asians are good at exams but are not able to think’ trope, this strikes me as a very poorly thought out position.

Step 3: check your privilege-checking. Can you really determine privilege by skin colour?

Let me end with a very personal example that touches on the complexities of privilege and why we can’t assume it follows race. After moving to NZ, I had a difficult time at school. In my final year of primary school, I had only one friend. He had just arrived from another school and we were thrown together by circumstance. His family were rough around the edges working class folk and, when I first met them, they were living out of a caravan. By contrast, members of both sides of my family—Japanese and British—are university educated. My friend’s family were always friendly, and made me feel welcome. There was however one thing they did which really annoyed me. They gave me a nickname based on my Japanese ancestry. I detested it because I didn’t want anyone to draw attention to my difference, but it stuck. These are the type of people one might often hear being pejoratively labelled ‘white trash’. This is accurate: they were white, my friend’s stepfather literally worked in ‘trash’, and they were from that slice of society that is short on privilege—certainly lower than my university-educated family. But they were far from being trash. My friend went on to get a university education and is successful in his chosen calling.

This reframing of who is privileged and who is not by the New Racists is allowing privileged members of the activist class to inadvertently punch down on people who look like me but don’t have my ‘white adjacent’ status. Is an Asian refugee who fled an oppressive regime more privileged than a successful, well-educated Māori academic? I would argue that it is hard to quantify and compare privilege. Perhaps we should spend less time trying to work this out from proxies and talk to people instead.

Then there is the deliberate punching down (yes, you read that correctly) on people who in the eyes of the New Racists look white and privileged but who, like my friend and his family, are actually starting from close to the bottom and doing it tough. But they are still white, you might say, they still have privilege. Yes, they do. That ‘white’ family are the only people who get to call me by the nickname they gave me—Fuji.

An alternative to punching up and dropping pejorative bombs

So what’s the alternative? Calm, evidence-based discussion and debate, and making an attempt to understand the reasons behind someone disagreeing with you. It helps to remember that the world is a complex place and ‘good and bad’ or ‘right and wrong’ are not always easy to establish. It also helps to be wary of overly-simplistic solutions, and to accept that sometimes we will be in disagreement on contentious matters.

Here are some personal measures I intend to take in conversations going forward; I hope you will consider doing the same.

I will tell people that it’s OK to

If I don’t think something you say is appropriate

As an educator I will

As a colleague I won’t 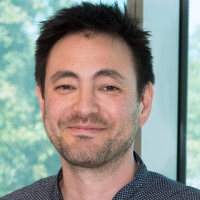 The decolonisation of education in New Zealand 

“Literacy is not a Māori thing”: Debunking the deficit discourse