In Aotearoa we benefit from being part of an open, world-wide system of education, knowledge, and research. American thinker Jonathan Rauch characterizes the system as “reality-based” (The Constitution of Knowledge (2021)).  It can generate richer and deeper truth through two simple principles: there is no final say, everything proposed is open to checking and challenge at any point; and no one is privileged, it is open to everybody to take part in both proposing and checking information. The system reaches its height in science, the most open and the fastest-advancing form of knowledge because, while it admits so many proposed hypotheses and discoveries, it has found ways of hard ongoing testing of every claim, old or new, through rigorous observation, data analysis, and experiment, as well as argument.

In Aotearoa we are a country of one people, human beings, not a country of two races, Māori and Pākehā. We benefit by making the most of the diversity of individuals and families among us, from Afghanistan and Aotearoa, Chile and China, India and Ireland, Samoa and Singapore, Zambia and Zimbabwe and beyond.

The Ghanaian-American philosopher Kwame Anthony Appiah, writing about art, suggests that people should approach art “not through identity but despite difference. We can respond to art that is not ours; indeed, we can only fully respond to ‘our’ art if we move beyond thinking of it as ours and start to respond to it as art. . . . My people— human beings—made the Great Wall of China, the Sistine Chapel, the Chrysler Building: these things were made by creatures like me, through the exercise of skill and imagination” (New York Review of Books, February 9 2006).

And through the exercise of skill and imagination my people, our people, human beings, thousands of years ago discovered ways of coping with wildly diverse and challenging environments: around the Arctic Circle; on high mountains; in the vast deserts of Australia; on Pacific islands surrounded by thousands of kilometres of water. They gradually learned not only to understand the rotation of the visible stars, but even the existence and the past and likely future of billions of galaxies and the unseen forces that shape our expanding universe.

In a single year after the emergence of Covid-19, scientists working in China, Germany, Iran, Kazakhstan, the United States, India, Russia, and England, have developed different vaccines against the SARS-CoV-2 virus. These researchers built on earlier observation, proto-science, experiment, and science: the first cowpox variolation in China a millennium ago, the spread of the practice as far as Turkey by the 1700s, the trialling of results under controlled conditions in eighteenth-century England, the germ theory of infection in nineteenth-century France, the more recent discoveries of genes, gene sequencing, and gene editing, and much more. We should be proud of this cumulative and innovative exercise of skill and imagination by our people, human beings.

In Aotearoa, in the Ministry of Education, the Ministry of Business, Innovation and Enterprise, the universities, and the Royal Society of New Zealand Te Apārangi, concerted efforts by some academics and activists, both Māori and non-Māori, have sought to ensure that, within education and research, mātauranga Māori, traditional Māori knowledge, is placed equal to science, or as a necessary part of science, or a counterpart to science, or even a body of knowledge of which science is only a small part.

While demands are being made that it should be taught alongside or as part of science, it seems for the most part neither open to challenge nor open to everyone, both of which science must be. Aroha Te Pareake Mead, for instance, writes that “Māori are the only ones who should be controlling all aspects of its retention, its transmission, its protection” (Rauika Māngai (2020): 32, 33).  Others cite Hirini Moko Mead in affirming that “From a Māori worldview it is understood that not all cultural knowledge is open or accessible to everyone.”

And for the proponents of mātauranga Māori and those who accept their demands that it should be placed alongside or considered as science, these demands should not even be open to discussion, as evidenced in the denunciation and attempted cancelling of the professors—educators, scientists, philosophers of science, all committed to the advancement of Māori in education and science—who dared to ask questions in the Listener (July 31, 2021) about the implementation of mātauranga Māori in our schools and universities.

Mātauranga Māori has a special place in Aotearoa, because it is uniquely of here. Like all human knowledge, it needs to be preserved, and preserved here, where it arose and is a living tradition to many. As an example of the exercise of human skill and imagination in our local environment, it might be studied in schools in social studies, te reo Māori, and environmental studies, and in universities in anthropology, history, philosophy, Māori studies, and religious studies. Māori ecological knowledge should be incorporated wherever desirable into local environmental and biological science research, while honouring the sharers of knowledge and protecting any unique claims to knowledge of benefit to particular groups, as authorship and patent rights preserve credit and profit in science. Māori practices of communal consultation and engagement can also offer suggestions for the practice of scientific research.

But if mātauranga Māori were to be incorporated as an equivalent or equal of science then it would need to have the openness that has made science so powerful: it would need to be open to anybody and to challenge all the way down. Its own proponents often proclaim that it is not and should not to be open to all or to thoroughgoing challenge. Demands that such a body of knowledge be incorporated into education and research systems that achieve what success they do through openness and challenge need to be openly discussed.

The header image for this article was taken from Unsplash (https://unsplash.com/photos/Bt9y47d1e6k). 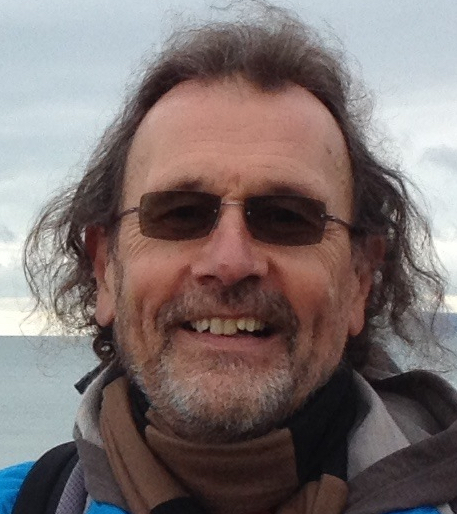