Skip to content
Home » Posts » Do we want major change to our research, science and innovation funding?

The Ministry of Business, Innovation and Employment (MBIE) is having a conversation about the future of New Zealand’s system for spending public money on research, science and innovation. To get the ball rolling, it has put out a ‘Green Paper’ titled Te Ara Paerangi – Future Pathways.

What is being proposed?

The Green Paper makes some observations about high-performing science-funding systems and flaws in New Zealand’s current system. There is inefficient competition and fragmentation; Crown Research Institutes operate under a perverse legal framework; project-based funding leaves organizations unable to retain key talent when the project comes to an end. There are hints that the system is over-heavy on ‘governance’ requirements and red-tape.

This all rings true. Unfortunately, the Green Paper does not provide much detail and does not systematically assess the current system in comparison with the ones it considers high-performing. Instead, the main concern seems to be to ‘give effect to Te Tiriti’ across the whole funding system.

What does giving effect to the Treaty of Waitangi in this area involve? What benefits will it bring? How will it enable us to make best use of scarce public resources? What trade-offs might be involved? The Green Paper gives us an answer to the first question, but does not touch the others.

The chapter on Te Tiriti, Mātauranga Māori and Māori aspirations interweaves two fundamentally different concerns. The first is uncontroversial: if our research and science funding fails to engage with Māori researchers, fails to develop diverse talents, or fails to direct its resources in a way that proportionately benefits Māori, then obviously we have a system that is both inefficient (we should not squander the talents of our population) and unjust (if some segments of the population are systematically missing out from the benefits of publicly-funded research).

The Green Paper does not give us much relevant information here. How much publicly-funded research is directed to projects from whichMāori might be expected to benefit? We don’t know. What are effective ways of increasing Māori educational achievement and the number of Māori researchers? It is not enough to note that Māori, like some other demographic groups, are under-represented in some areas. We need to know how and where these differences arise.

The Green Paper is more focused on a different issue. It takes aim at our understanding of what science is and how knowledge advances. Injecting a ‘Te Tiriti-led’ approach across the whole system appears to mean embedding specifically Māori ways of knowing, Māori knowledge (mātauranga Māori), and partnerships with Māori as core pillars of the public research system.

Perhaps this sounds fair and inclusive. But if we as a country wish to reorient our entire research system in this way, we need to have more than a conversation among insiders. This is not about adding an extra strand to our research ecosystem, but changing its foundations.

Consider the claim that ‘Enabling mātauranga Māori in our research system gives effect to the obligations and opportunities embodied in Article 3 of Te Tiriti.’ Leaving aside the contentious nature of this interpretation of Article 3 (and whether it does or should create obligations in the present day), this would mean that the protection and advancement of mātauranga Māori is integral to a Te Tiriti-led research system.

There is more to this than directing resources to mātauranga Māori as a research area. Rather, the Green Paper seeks to embed mātauranga Māori and the Treaty of Waitangi at the system level, in the design and operation of the entire research, science and innovation system.

This is radical change. Mātauranga Māori differs in important ways from science. As a system of cultural knowledge that encompasses cultural, spiritual and ethical realms, in addition to practical and scientific knowledge, mātauranga Māori is ‘more than’ science. This point is made by proponents of enabling and protecting mātauranga Māori cited in the Green Paper and elsewhere: they make it clear that its processes and standards for generating and evaluating knowledge differ from those of science and the broader, universalist knowledge that underpins our current system.

Secular, scientific knowledge is universalist in the sense that it is open to all – regardless of ethnic or cultural background – to acquire the expertise necessary for engagement. Questions of moral value or the researcher’s personal characteristics are separate from questions about the truth or probability. This kind of scientific knowledge is advanced by what Jonathan Rauch has described as a ‘constitution of knowledge’: institutions, principles and commitments that allow for the pursuit of secular knowledge.

Te Pūtahitanga: A Tiriti–led Science-Policy Approach for Aotearoa New Zealand, which informs the Green Paper, notes that universalist claims of scientific knowledge contain cultural and normative content. This is true. The constitution of knowledge can be thought of as a culture of science. To regard secular or scientific knowledge as valuable does indeed reflect the belief that this knowledge is useful. Like any tool, it may also serve malign purposes, but the value judgement is that knowledge about the material world is preferable to ignorance. It is useful to have aircraft that don’t crash, medicines that work, and public policies that actually serve their declared goals.

And let’s be clear about what the alternatives are: deference to a person’s social status or credentials, emotional manipulation, deduction from religious texts, intimidation and coercion. These alternatives gave us the Inquisition, theological rule and ‘Xi Jinping thought’ elevated to constitutional status. Of course, religious knowledge and faith can take much more benign forms. But to elevate them to positions of institutional authority is to create a system that puts faith and personal status above reason and evidence. Is this what New Zealanders want?

Some proponents say we can have both. I disagree. Certainly, different systems of knowledge may come to the same conclusions on some questions. But conflicts are obvious, especially when it comes to the underlying explanation as to why we should believe (or not) something to be true. On the one hand, we have the principle that all knowledge is contestable, a commitment to evidential tests, and universalist standards of knowledge. On the other side, there is  commitment to honouring knowledge on the basis of ethnicity, faith or cultural tradition. Either a claim is contestable, or it is not. An individual scientist can choose to hold both God and science in high regard; a system for advancing science cannot.

What are the trade-offs?

The practical implications of putting God – in the form of mātauranga Māori and Te Tiriti – into our science funding system are unexplored in the Green Paper. But we can anticipate some. If all research is to pass a Te Tiriti-consistency test, some subjects and some research findings will be off limits.

How could a researcher hope to gain funding to investigate the potential downsides of honouring obligations arising from the Treaty,

Could international research on carbon deposits in Antarctic ice, indicative of large-scale burning of vegetation by Māori in pre-colonial times, have been conducted by researchers operating under a Te Tiriti framework? Criticism of the research by some New Zealanders is telling. Local critics took aim at the ethnic makeup of the research team, alleged failures of cultural understanding, and the failure to cultivate relationships with Māori. Could any scientist hoping for funding and a career in New Zealand have led this research project to the same findings?

Good research often will upset stakeholders and may well be offensive. The history of philosophical and scientific discovery is full of heretics pushing against the cultural or religious orthodoxy of their times. Copernicus, Spinoza and Darwin all challenged sacred knowledge and those guarding it.

More prosaically, elements in our fishing industry would no doubt have preferred research not to have uncovered systematic labour exploitation on vessels fishing in New Zealand waters. I don’t suppose the tobacco industry was ever that keen on rigorous research on the health effects of smoking. We know a lot about the efforts of oil and gas to suppress climate change research.

The need for public research funding, academic freedom and research independence arises precisely because the narrow interests of stakeholders do not always coincide with public interests. Sometimes they do, but we cannot make it a bedrock assumption of our research system. Yet this is what embedding the Treaty does, by making all research subject to a partnership veto.

One of the authors of Te Pūtahitanga: A Tiriti–led Science-Policy Approach for Aotearoa New Zealand recognizes the extent of change involved, writing that a Te Tiriti-led public sector implies fundamental change to our system of law and governance. For example, the claim that, ‘The Waitangi Tribunal has described much of New Zealand’s law as still in breach of te Tiriti principles’ implies a need to rewrite much of our current law. According to the same source, honouring the Treaty also means we need to limit our central constitutional principle: that parliament is sovereign.

Whether or not the Treaty (or its principles) should be given constitutional status is obviously a critical question. The current MBIE ‘conversation’ appears to assume only one answer. Yet for the time being, parliament is still sovereign. In a parliamentary democracy, a resilient research funding system must have broad-based societal legitimacy if it is to pursue objectives that outlive the election cycle. Foundational change requires democratic scrutiny and consent. 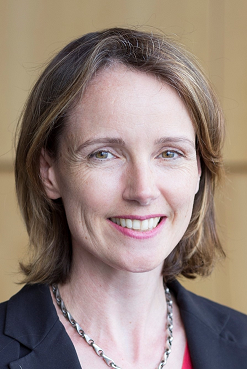